Mobile casino gaming is the most recent trend in the virtual casino industry in the UK and in order to follow the trends online casinos are moving onto the mobile casino market and are developing mobile casino versions. Casino software providers also expand in the mobile gaming business and create games that will work flawlessly on various mobile devices and mobile operating systems. Android is very popular operating system that powers thousands of mobile phones and tablets. Therefore, online casinos and software providers work toward creating functional mobile casino apps and high quality casino games that can be played for real money on the go on these devices.

Android smart phones and tablets are no longer second rated to Apple’s iOS products like the different models of iPhone and iPad. As a matter of fact, they are as popular as ever. Therefore, as a result, Android casinos and games for real money are thriving and many players use their Android devices to play casino games on the move. 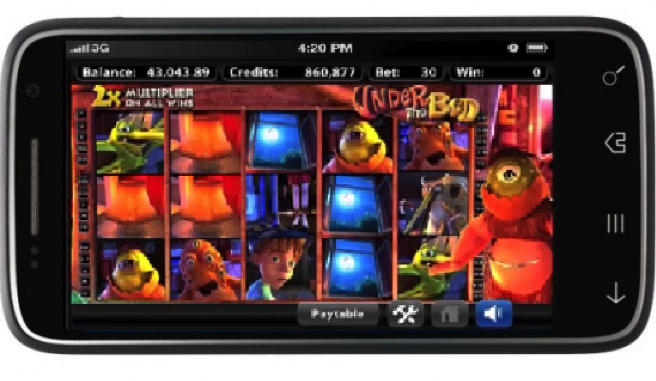 The fans of the Marvel comics can play thrilling Marvel-branded mobile casino games on Android from Playtech like slots (Hulk, Fantastic Four, The Avengers, Iron Man etc) as well as other real money games like video poker and table games. Last but not least, the fans of the mobile 3D games can check out the real money Android casino games from Betsoft Gaming like Mr. Vegas, Under the Bed, Rook’s Revenge, At the Copa, European Roulette, European Blackjack and many more.

Many people think that Android devices are not as popular in the UK as iPhones and iPads created by Apple. Competition got even tougher with the introduction of Windows Phone and the devices that use it. Funny enough, Android was developed in 2003, but the first mobile phone to use this mobile operating system appeared in 2008. One of the biggest reasons for the popularity of Android is that it is used by virtually all mobile phones and tablets- you name it. This is due to its open-source nature, compared to that of iOS. Nevertheless, Android and iOS are both highly popular in the mobile casino market and they will continue to be popular as the mobile casino gambling market improves.